Peter hated it, when I yelled that at the top of my lungs, – while we were driving top speed along one of the US Interstate highways, 18 wheelers roaring behind us and past us even faster with NO WAY to hit the breaks, pull over and survive……

But in most cases Peter managed to stop – in spite of it all – usually a mile or so further down the Hwy. Then I would grab a plastic bag and get out and track back along the shoulder of the roadway towards my often distant target. I usually had seen it only for a fraction of a second in the corner of my visual field, but I KNEW, what it was and that I had to “go get it”.

This is me, you are reading about, so this most likely has to do something with Owls, right?

While I stumbled along the road shoulder I most often passed other unlucky road victims: Deer, sometimes more than one, Coyotes, that had come to feed and became victims too, Badgers, Foxes, Vultures, Dogs, anything…..

By the time I reached , what I had seen, I usually was in tears.

But these Owls I could not just leave here, they had to be carefully taken up and a more dignified last Resting place had to be found. A song, a chant, for these Owls, their mates and for all the others, that I had to pass and had to leave there…..

Oftentimes there was a suitable place nearby in a field, under a Tree, facing East, out of wind and sun. Often there was not and I trudged back to the “Turtle” carrying my sad burden along a trail of death and sadness.

Find that little clearing with some Trees or Mesquit brush…..

On time, I “found” a Long Eared Owl just at the turnoff to a busy rest area and proceeded to carry him into the nearby woods, under the highest Tree. When I put him there, I discovered Owl Pellets. This was HIS Tree! Where he had roosted during the day and dropped his pellets. I was indescribably unravelled, emotionally, and cried for the better part of an hour…….

Yes, I also took some feathers, promising to create something beautiful and lasting in honour of all these Creature – and all that lived and died along with them.

But, having wild Bird feathers is prohibited in the US.

So there was – always will be the conundrum:

In instances like this, I HAVE to go with Spirit.

It is the VOICE OF THE SPIRIT, that showed me where that Owl was to be found, and to take a few feathers……..

And I am not the only one, that votes for Spirit and against the tight fist of the law:

On my sad walks to and from “my Owls” I also passed by Raptors.

The large Raptors most often had the tail and large wing feathers missing. – So someone was here. Native Americans most likely, because sometimes there was a fistful of crumbled up cigarets beside or underneath the Bird. A gift in reciprocity for the feathers taken.

Often all I had to give in exchange was a chant and a more dignified resting place, sometimes a few Cedar twigs, collected for this purpose. 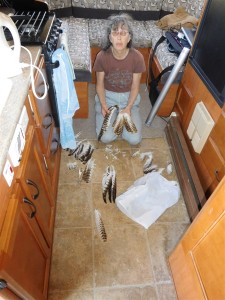 Another time, during a lonely drive on Hwy 87 from Clayton to Des Moines in New Mexico, Peter struggggeling to hold on, to force the motorhome forward against a blasting 40 miles/ hour West wind, white knuckled hands clamped around the steering wheel, the Turtle shaking like a bucking bronco, when I SAW HER!

He did and I ran back.

She was still warm.

She was absolutely beautiful.

I cradled her in my arms like a baby, my tears dropping onto her perfect feathers.

When I laid her out on the floor of the Turtle, Peter cried too.

Gently straightening out her broken neck and singing it back together, singing her back to LIFE.

– If only shamanism and shamanic ways were like this, like in the books and fancy multicoloured magazines, in the tall tales of some practitioners……

But it is not. Death is our last friend, for all of us.

Death is her friend too.

Better like this, than slowly starving in the ditch with a broken wing.

We agonized over her for the better part of the afternoon. We could not bring her to some taxidermist to treat her and send her to Ontario. We could not, in this climate take her perfect wings and claws and do the work ourselves. We could only take a few feathers and then try and find a bush to put her under or into, away from the sand-blasting winds. It took 30 miles, to find such a place at the foot of Carpulin Volcano. 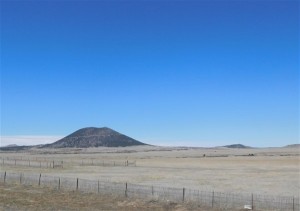 Through my tears I sang for her.

I also sang for a Fox or Brother Coyote, to come find her – for a meal for the Little Ones in the den……

After this gut wrenching encounter, the Spirits must have thought, that “I had enough”.

Enought tears shed and definitely enough feathers – in fact, waaay more, than I could handle, and so for the next month or so the “sightings” and the “Stop screams” ceased.

But, there were other “second sight” , that were happening. I will be back to bring these to (virtual ) paper.

What did I do with my feather treasures?

I have a few trusted students living in the US, that got strange parcels with mummified Hawk claws, Fox Skulls and of course Owl feathers. I also know quite a few First Nations leaders, that live and work in large cities and appreciate Hawk feathers for sprucing up their Gustowes and for the Feather Dance for the kids they teach. 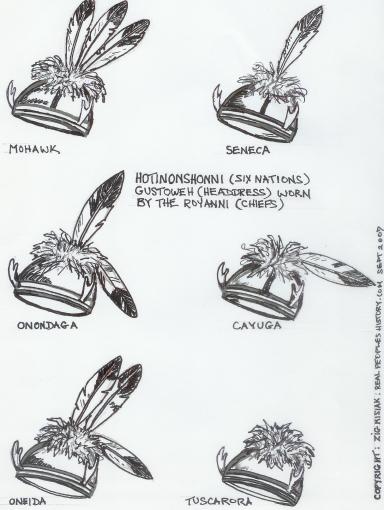 They now eagerly await me working on/ with them.

Ultimately they wait for YOU, to own and treasure them as I do. 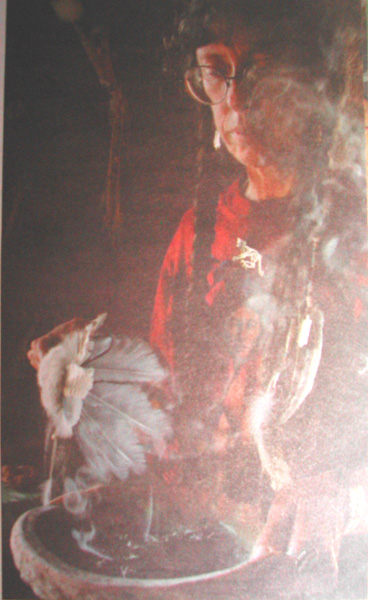 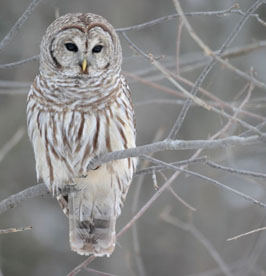